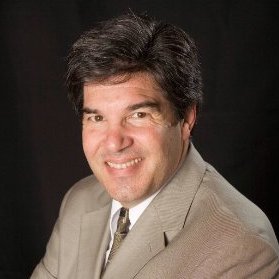 Professionally, in 1980, Mark founded Life O’ The Party to provide novelty entertainment, singing telegrams and balloon deliveries. The business was started with just a gorilla suit and a telephone! Today, Mark along with his wife Andrea, run one of the oldest and largest companies of its kind in the New York/New Jersey metropolitan area. Life O’ The Party , along with their other company, Balloonacy (purchased in 1989) offering balloon décor and deliveries, novelty telegrams, DJ’s, wholesale event supplies 260balloons.com  and hundreds of party entertainers.

Their décor work has appeared on the pages of many local and national publications. They were the proud balloon decorators at the openings of the World Cup soccer tournament at Giants Stadium in New Jersey and Foxboro, Massachusetts, and at the White House Easter Egg Hunt and Roll in Washington, DC. Their décor work has been featured in motion pictures (Ransom, You’ve Got Mail, Down To Earth, Spiderman 3 and World Trade Center), television (Good Day New York, Up All Night, MTV’s Remote Control, FAME, the CBS Morning Show, many BET Network programs, Entertainment Tonight (ET), NBC’s Ed, The Next Food TV Star and NBC’s newest musical hit SMASH). Macy’s Thanksgiving Day Parade in New York City has called on his company for parade balloons for the last ten years.

Mark has traveled the US as a teacher and guest decorator for balloon arts for over 20 years and served on the Board of ISES (International Special Events Society) New York-Metro Chapter for seven years. He was President when the Chapter was named International Chapter of the Year.

In the spring of 1998, Mark and Andrea formed PartiLife Publications, L.L.C. and purchased BALLOONS & Parties Magazine , the first independent magazine to the balloon and party industry. They are dedicated to making this the foremost trade publication for the industry.

Mark was also founder and co-producer of The All Star Revue for eight years, a convention for balloon, party and event professionals.

Mark’s newest venture is The BALLOONstitute that was born out of the need for a substitute event due to the last minute cancellation of a balloon education conference in the summer of 2010 in Las Vegas. Mark conceived, created and executed a full scale convention in just three weeks’ time, making sure “the show went on” in Las Vegas.

Personally, Mark was self-taught in percussion through high school (opting for guitar lessons and playing clarinet and saxophone throughout elementary and high school). In college he turned to music full-time and has a Bachelor’s of Music (BM-Ed) from Ithaca College as a student of William Youhass. During his college years he was a percussionist with the Tri-Cities Opera orchestra, Cayuga Chamber Orchestra and drummer with several rock, fusion and jazz groups in the Southern Tier of New York State. He was the assistant Band Director at Union-Endicott High School, Endicott, NY from 1978-1979. He is an Associate Member of Hadassah and is in his fourth term as President of Temple Beth El in Hackensack, NJ. He is married to Andrea and has two great kids – Emily and Benjamin.

After a 25 year layoff from music, Mark is now a proud member and President of one of America’s premier wind ensembles, The Ridgewood Concert Band and also timpanist with the  Adelphi Chamber Orchestra, along with performing in The Bit O’ Rhythm Marimba Band.